Customized Healing Programs for you and your loved ones

What is “In Light” Light Therapy? 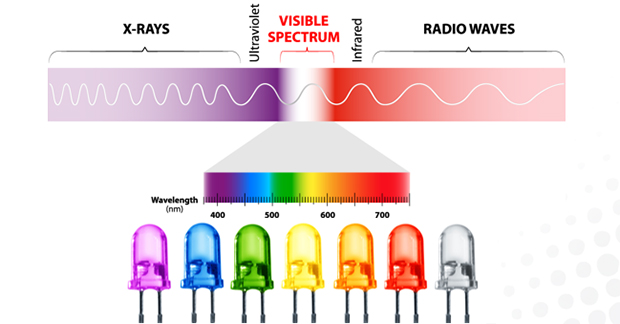 Some areas that light energy can support and help:

Polychromatic light therapy has been established as a useful tool to increasing the formation of new capillaries, which are additional blood vessels that replace damaged ones. New capillaries speed up the healing process by carrying more oxygen and nutrients needed for healing, as well as carrying more waste products away.

Stimulate the production of collagen:

Collagen is the most common protein found in the body. Collagen is the essential protein used to repair damaged tissue and to replace old tissue. It is the substance that holds cells together and has a high degree of elasticity. By increasing collagen production less scar tissue is formed at the damaged site.
Stimulate the release of adenosine triphosphate (ATP): ATP is the major carrier of energy to all cells. Increases in ATP allow cells to accept nutrients faster and get rid of waste products faster by increasing the energy level in the cell. Food turns into ATP before the cells utilize it. ATP provides the chemical energy that drives the chemical reactions of the cell.

Oedema, which is the swelling or natural splinting process of the body, has two basic components. The first is a liquid part, which can be evacuated by the blood system, and the second is comprised of the proteins that have to be evacuated by the lymphatic system. Research has shown that the lymph vessel diameter and the flow of the lymph system can be doubled with the use of light therapy. The venous diameter and the arterial diameters can also be increased. This means that both parts of oedema (liquid and protein) can be evacuated at a much faster rate to relieve swelling.

Reduce the excitability of nervous tissue:

The photons of light energy enter the body as negative ions. This calls upon the body to send positive ions, such as calcium, to the area being treated. These ions assist in firing the nerves, thereby relieving pain.

Stimulate fibroblastic activity that aids in the repair process:

Fibroblasts are present in connective tissue and are capable of forming collagen fibers.

The process of scavenging or ingesting dead or degenerated cells by phagocyte cells for the purpose of clean up. This is an important part of the infection fighting process. Destruction of the infection and clean up must occur before the healing process can take place.

The light raises the temperature of the cells through a photochemical reaction.
Stimulate tissue granulation and connective tissue projections: Part of the healing process of wounds, ulcers or inflamed tissues.

Sick cells vibrate at a different frequency than healthy cells. When we apply a frequency in the healthy range, it offers our cells the opportunity to once again vibrate at their natural healthy frequency. A French physician, Dr. Paul Nogier, working with his patients over many years, identified seven frequencies natural to our body cells. They became known as the Nogier Frequencies.

Dr. Nogier developed a unique pulse test. This test enabled him to determine that all tissues and organs throughout the body (which develop from three basic embryologic tissues; ectoderm, endoderm and mesoderm) are in resonance (sympathetic vibration) with specific frequencies. Dr. Nogier identified these frequencies as harmonics of the musical note D. This is to say that all the tissues of the body resonate to harmonics of D. Dr. Nogier found that these and other harmonics of D have healing effects. Based on these findings, he designed electronic instruments that delivered seven pulsed energies into the body for the purpose of healing injured or diseased organs and tissues. These pulsed energies induced healing by exposing damaged tissues to their normal resonance frequency. The importance of Dr. Nogier’s finding that specific body tissues are in resonance with specific frequencies according to their embryologic origin cannot be overemphasized.

According to Dr. Nogier, sickness results when cells, molecules or particles of matter are out of their normal resonance or vibratory pattern. By repeatedly exposing damaged tissue to the normal resonance frequencies associated with that tissue, healing often occurs, sometimes quite rapidly.

Harry T. Whelan, MD, believes in a translational patient care philosophy of bringing the latest research discoveries from his laboratory bench to the patient’s bedside. Dr. Whelan is the Bleser Family Endowed Chair in Neurology, Children’s Hospital of Wisconsin, Professor of Neurology (Pediatrics), director of the Hyperbaric Medicine Unit, and recipient of the Neuro-Oncology American Cancer Society Clinical Oncology Career Development Award from Vanderbilt University. He has been inducted into the NASA Space Technology Hall of Fame for his research into the use of near-infrared light for wound healing and the treatment of brain tumors and neurofibromatosis using photodynamic therapy. In a multiyear investigation approved by the Food and Drug Administration, Dr. Whelan studied the use of Near-infrared Light to promote healing of mucositis from chemotherapy and radiation used to treat cancer in children. Dr. Whelan found that diabetic skin ulcers and other wounds in mice healed much faster when exposed to the special LEDs in the lab. Near-infrared light stimulates improved energy metabolism in the mitochondria, leading to treatment for mitochondrial diseases which affect the brain, eye, heart and muscle. Dr. Whelan also is funded by the National Institutes of Health in a study of neurodegenerative disease, traumatic brain injury and other childhood traumas. He also conducted a pilot study supported in part by the Clinical Translational Science Institute of near-infrared light therapy for diabetic macular edema, a form of diabetic eye disease. The Defense Advanced Research Projects Agency (DARPA) is funding his research in neurological ischemia, traumatic brain injury (TBI), reperfusion and stroke, which affects many children with congenital heart disease. Dr. Whelan presented this translational bench-to-bedside research to the United States Congress at the NASA Spin-off Day on Capitol Hill as an example of how space research is helping patients.

Dr. Whelan holds the rank of Captain and is a Diving Medical Officer in the U.S. Navy, a consultant to the Navy Experimental Diving Unit with clinical and research experience in Hyperbaric Medicine, wound care and combat casualty care. He has over 100 publications, including cancer, laser, LED and diving/hyperbaric studies.

Whelan blinded rats by giving them high doses of methanol, or wood alcohol. This is converted by the body into formic acid, a toxic chemical that inhibits the activity of mitochondria. Within hours, the rats’ energy-hungry retinal cells and optic nerves began to die, and the animals went completely blind within one to two days.

But if the rats were treated with LED light with a wavelength of 670 nanometers for 105 seconds at 5, 25, and 50 hours after being dosed with methanol, they recovered 95 per cent of their sight. Remarkably, the retinas of these rats looked indistinguishable from those of normal rats. “There was some tissue regeneration, and neurons, axons and dendrites may also be reconnecting,” says Whelan.

These findings have profound implications in the use of LED light treatment, called photobiomodulation, for a non-invasive way to treat retinal diseases and injury and prevent blindness.